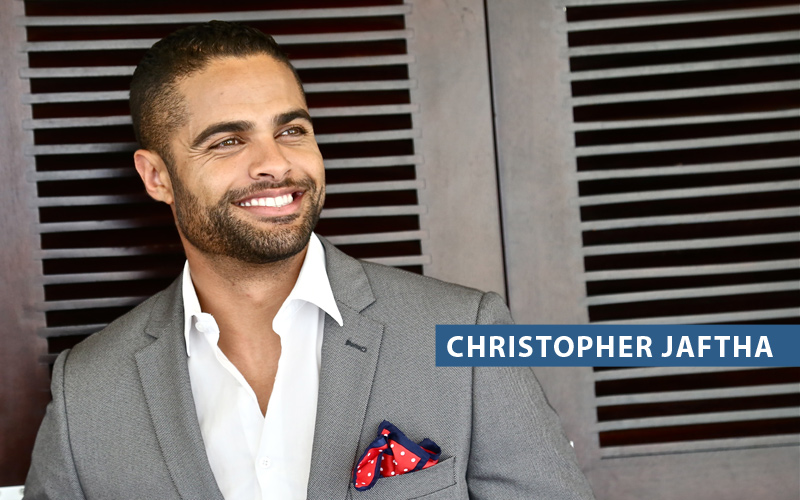 I studied Fine Art at the National School of Arts after which I did voluntary work for an organisation that travelled through Africa, Europe and America raising money for HIV and AIDS.

Hard work trumps talent, as I’ve realised when I earned a place (without any drama or dance training) in South Africa’s best and longest running musical, African Footprint. This is where my theatre journey began! Since then I’ve been in numerous musical theatre productions such as Aladdin the Pantomime, High School Musical, Footloose, Mama Mia, Dream Girls, Saturday Night Fever and more!

I’ve also graced TV screens from time to time through various advertising campaigns and on programs such as Inkaba, Geraamtes in die Kas, High Rollers and Isidingo. I’ve also acted in four films!

I was named one of Cosmopolitan magazine’s Sexiest Men in 2010, Sowetan Live’s sexiest in 2011 and came fourth in Men’s Health Cover Guy Search in 2014. Recently I’ve decided to focus my attention on the film and TV industry, so I can channel my thespian background to emote and captivate audiences.


Fun fact:
Some of the other theatre productions Christopher’s starred in include The Boys in the Photography, Peter Pan: the Pantomime and Pinocchio: the Pantomime! You can also catch him in West Side Story as well as Sleeping Beauty: the Pantomime later this year!

Get to know Christopher:

See the #ThingsThatReallyMatter to Christopher: