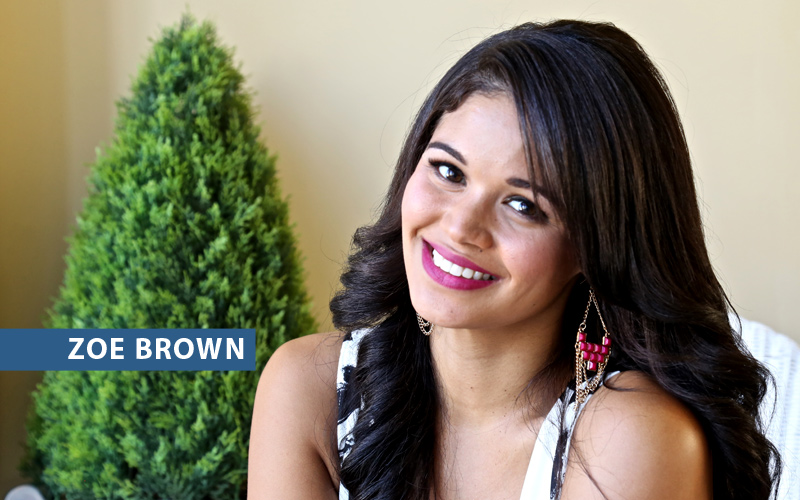 I was born in Cape Town but moved to Durban in my early teens. I love the outdoors and I’m attracted to all kinds of adventure.

In 2007 I entered Miss South Africa Teen and was crowned 2nd Princess. After high school I left home to go au pair in the United States where I lived in Columbus for 18 months.

During my time at university I joined campus radio, and soon become the host of the Hit List Show. I started working at KFM during my final year of studies and currently do the traffic reports on the Afternoon Drive show every weekday and host Saturday & Sunday evenings as well as the Early Breakfast Show on Mondays and Tuesdays.

I have always been very interested in working in the media environment, ideally in television and with social media. I would like to build a career that enables me to focus on humanitarian issues and be able to build real and lasting bridges between people and communities at both a local and international level.

Fun fact: Zoe claims to be very handy with a powerdrill and sewing machine – wonder if those skills will come in handy during the rest of our competition?!

Get to know Zoe:

See the #ThingsThatReallyMatter to Zoe: